SpainSpain is located in southwestern Europe and occupies about 85% of the Iberian Peninsula. Spain also owns the Balearic and Pitius islands in the Mediterranean Sea, the Canary Islands in…

The top ten failures in my travels 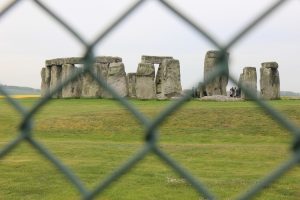 Given community rules, all obscene words have been replaced. Instead of the word “failure”, one should take another, designed to give juiciness to the story.

During my passionate 11-year-old active love of travel, I got some enchanting setbacks caused by the weather, my stupidity, or my mindless weak asses. I let each of these failures through me, like duodenal sounding of the times of the USSR, if you understand what I mean! This is when at age 14 you sit with a pipe out of your mouth. The diameter of the average anaconda. Tube diameter. Young nurses sympathetically ask for your name. And you smell of freshly squeezed gastric juice.

Empathized on others. He worried, aggressively snorting. He distributed the blame between those who happened to be nearby, the famous falling lamp on the coffee table and the modern device of the world. He became such a subtle kind of himself, cutting people around and every time he acted like a negligent plumber, praying that he would return and fix it again. But I never fixed it.

So, actually a dozen:

Rio de Janeiro and the statue of Christ the Savior, March 2016.

The freshest fragment in my memory, picking my nose from the inside, is the ringing words of the ticket seller for the funicular leading to the famous statue of Christ the Savior in Rio:
– Upstairs fog, when it dissipates – it is not clear!

But to us that we are immortal! We rise – and the fog will collapse! But the view from Mount Corcovado to the bays and hills of Rio is the best that is in Brazil. As a result, having grumbled at the foot of the statue in the milky fog for 3 hours and without observing almost anything, we had to leave beyond the selfie tourists.

From below, everything looked even sadder: a clear sky and one b ** d cloud, hanging all day on top of the hill. On the day the next cloud was gone, but a rich program and icy caipirinha crucified us on the beach.

The only cloud in Rio over Corcovado hung all day

I flew to the USA for the fourth time, but on each of my previous trips New York turned out to be an untouched transit point, although I literally shouted: “Come into me, bastard!”

As a result, I got to New York very tired from the USA not in the context of a specific trip, but in general. The 3-day hurricane that covered the city on our arrival was a mirror of this state. In an expensive (and there aren’t others!) And a broken hotel in downtown Manhattan with an unopened window and traces of cockroaches in the room, we dried up between short dashes through the April weather, sorting through the meager impressions of the suddenly museum program. In a situation where umbrellas literally turned outward, the entire outdoor program was sublimated into the silhouettes of skyscrapers in a rain curtain from the roof of the Empire State Building.

In the fall of 2010, with aerial miss Xu, Ivan and Anna, a grand trip to Southeast Asia was planned. Her parent was AirAsia with a flight from the UAE to Malaysia for $ 35 from the nose. Tickets were purchased from Malaysia via Singapore to Bali and back to Sri Lanka. It was not necessary to solve the equation with unknowns “how to return from Sri Lanka” and “how to fly to the Emirates”. The flight Abu Dhabi – Kuala Lumpur was canceled (not even the flight itself, but the direction), there was no cheap alternative and everything collapsed like a house of cards. As a result, in 2010 there was a trip to the USA and number 9 of this list failed, and we got to Kuala Lumpur only after 5 years.

I headed to Stonehenge with Mikhail, who had already turned into Gennady on the way, as part of a planned trip to the UK and visa-free at the time of the 2012 Olympics in Ireland.

Further quote: “Stonehenge was just a 5-minute drive from Amesbury. You drive, green fields are around, the sheep are grazing, Gennady smokes out the window, grace, and here – bam: Stonehenge! The most, bitch, untwisted attraction of England! So, suddenly, almost from around the corner! In general, who does not know, Stonehenge is an atmospheric pile of stones in the middle of a field, it is not clear where it came from 5000 years ago and was intended for rituals, astronomy or simply. Outwardly, Stonehenge resembles a domino that fell into the hands of a child who does not know the rules of the game. And of course he has a mystical aura: the lamb around is thicker, the parking lots are closed in the morning, and the guards are warlike and aggressive. It was this aura that prevented us and five more cars of naive tourists, who came to recharge the energy of dominoes in the morning, to touch the UNESCO World Heritage Site. He had something in common with the fat Evdokia Stepanovna from the fifth entrance: he could be contemplated, admired, and even secretly photographed, but he could not be approached, much less touch. ”

The guard insisted that he would only launch organized tourists. We looked alone through the rhombuses of the fence that separated us from our dreams … 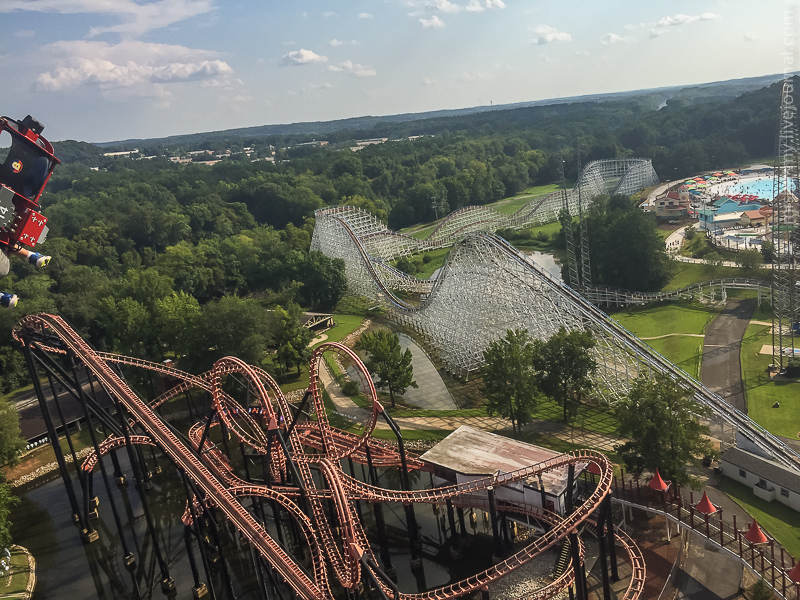 USA. Amusement Park Six Flags Over GeorgiaI am an adult, held man and therefore I can fall all day in an amusement park. I have a strange attitude towards roller-coaster parks: on the one hand, a…