Italy is a large state in the south of Europe. Here is a huge number of UNESCO World Heritage Sites – historical monuments and works of art are located throughout the country. The country is also famous all over the world for its national cuisine, fashion, sports cars and luxury motorcycles, as well as its beautiful coasts, lakes and mountains with numerous ski resorts. In Italy there are two independent dwarf states: San Marino and the Vatican. Although formally they are not members of the European Union, both countries are part of the Schengen area and the European Monetary Union. Italy is located in the Mediterranean part of Europe and borders with France, Switzerland, Austria and Slovenia. The boot-shaped peninsula on which it is located is washed by the Ligurian, Sardinian and Tyrrhenian seas in the east, the Sicilian and Ionian seas in the south, and the Adriatic sea in the east. END_OF_DOCUMENT_TOKEN_TO_BE_REPLACED

New Zealand, a country literally at the end of the world, consisting of a pair of large islands (North and South) and a host of small ones. It was discovered by the Dutch traveler Abel Tasman in 1642 and got its name in honor of one of the provinces of the Netherlands, Zealand. Later, another famous navigator, the Englishman James Cook, changed the Dutch name of the archipelago: Nieuw Zeeland to English New Zealand, which became the official name of the country. Total area of ​​the country: 268,800 km2

CLIMATE AND WEATHER
The climate in New Zealand is largely determined by the proximity of Antarctica (which is why glaciers in the south of the country do not melt even in summer) and the Pacific Ocean, which gently washes the shores of the two main islands of the state. END_OF_DOCUMENT_TOKEN_TO_BE_REPLACED

Indonesia is located in the zone of tectonic faults. The process of mountain building has not yet been completed. Therefore, there are so many volcanoes. The formidable forces of nature are in a dormant state, sometimes waking up for a short while. But, while volcanoes do not show dangerous activity, they become a place of pilgrimage for tourists.

Many islands of Indonesia have volcanoes that are a local attraction. We will visit one of them – Bromo. This volcano is so popular that tours on it can be bought not only on the island of Java, but also on the neighboring island of Bali. Independent travelers can try to go this route without a tour, but apart from a bunch of additional organizational problems and severe fatigue, nothing will benefit. Therefore, you can safely take a tour and hit the road. END_OF_DOCUMENT_TOKEN_TO_BE_REPLACED 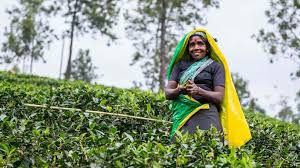